The Many Faces of Third-Party Fraud

Third-party fraud is the type of crime that can steal headlines – adding insult to injury for business leaders who suddenly realize the true cost of being a target.

Unfortunately, the impact of headlines can prove long-lasting as public trust in the company will have been compromised. Characterized by swift criminal action and immediate financial impact, third-party fraud occurs to victims as if out of the blue and often with steep economic impact.

Standard fraud protection may not be enough.

Because of the potential severity of third-party fraud, businesses may regularly update standard operating procedures. However, given the lengths and creativity fraudsters are willing to employ, standard measures for protection often isn’t enough.

Third-party fraud is usually referred to as identity fraud, where someone submits credit applications with a fake or fabricated identity. Here, fraudsters use stolen information to manipulate an existing account. Also known as account takeover fraud, this crime jumped 16 percent from 2015 to 2016, an increase of two million new fraud victims in just one year, according to a 2017 report by Javelin Strategy & Research.

Fraud rings have many modes of attack.

Criminal cells engaging in third-party fraud have a track record of versatility. Relying significantly on ill-gotten or false personally identifiable information (PII) and bank routing numbers with suspicious activity, fraud rings may have a few or dozens of individuals involved throughout the country.

Like a predator will sneak up closely to its prey before attacking, so too might a fraud ring invest plenty of time and thought setting up a third-party fraud heist. Lenders often do not know that it happened until it’s too late.

Here are some perennial third-party fraud tricks of the trade.

Account takeover fraud isn’t always catastrophic to lenders, but this method has the potential to be so when vast amounts of digital data is hacked. Fraudsters use another person’s account information (such as a credit card number), to withdraw funds from an account or order products and services. Often, thieves find account numbers in the trash, steal them from the mail or hack into accounts online.

Stolen identity fraud is similar to the above example. It occurs when the personal or financial information of another person is illegally obtained for the sole purpose of assuming that person’s name or identity to make transactions or purchases. Some identity thieves sift through trash bins looking for bank account and credit card statements. Other, more common high-tech methods involve accessing corporate databases to steal lists of customer information. More recently, this technique has been adapted to breach a consumer’s mobile phone.

Synthetic identity fraud combines fake and real consumer identifying information, or completely false information is used to create a new or partially fabricated identity. According to researchers including the Identity Theft Resource Center, Synthetic identity fraud now accounts for 85 percent of all identity fraud in the United States. As part of the crime, fraudsters sometimes use fabricated Credit Privacy Numbers to replace Social Security numbers and unlock credit that wouldn’t otherwise be available. 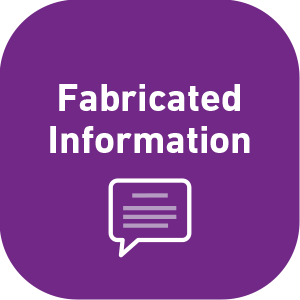 Fabricated information is much easier in today’s information society, where access to false-but-believable records is more prevalent. Websites are available to help fraudsters create false pay stubs, for example, that pass all applicable internal tests. And, computer programs make it easy to modify existing files.

Loan stacking is a classic fraudulent trick. It starts with a consumer agreeing to multiple unsecured loans of a similar type with no intent to repay. An example of loan stacking would be securing an online loan in the morning and another with a different lender a few minutes or hours later.

Credit piggybacking requires a bit more finesse than simpler fraud schemes. Scammers can boost credit scores significantly by selling tradelines, which are the lines of credit for consumers with high credit scores. This fraud is committed by adding an older, high-limit tradeline such as a home or auto loan to increase a score instantly.

Clarity’s veteran team of certified fraud examiners spearheads round-the-clock vigilance to discern and connect various patterns of behavior for industry-leading fraud prevention. That’s in addition to our data analysts and developers who are continuously evolving new ways to stay ahead of a fraud ring’s next moves.

Our fraud team works to make fraud prevention easy so lenders can safely consider a greater volume of responsible loans.